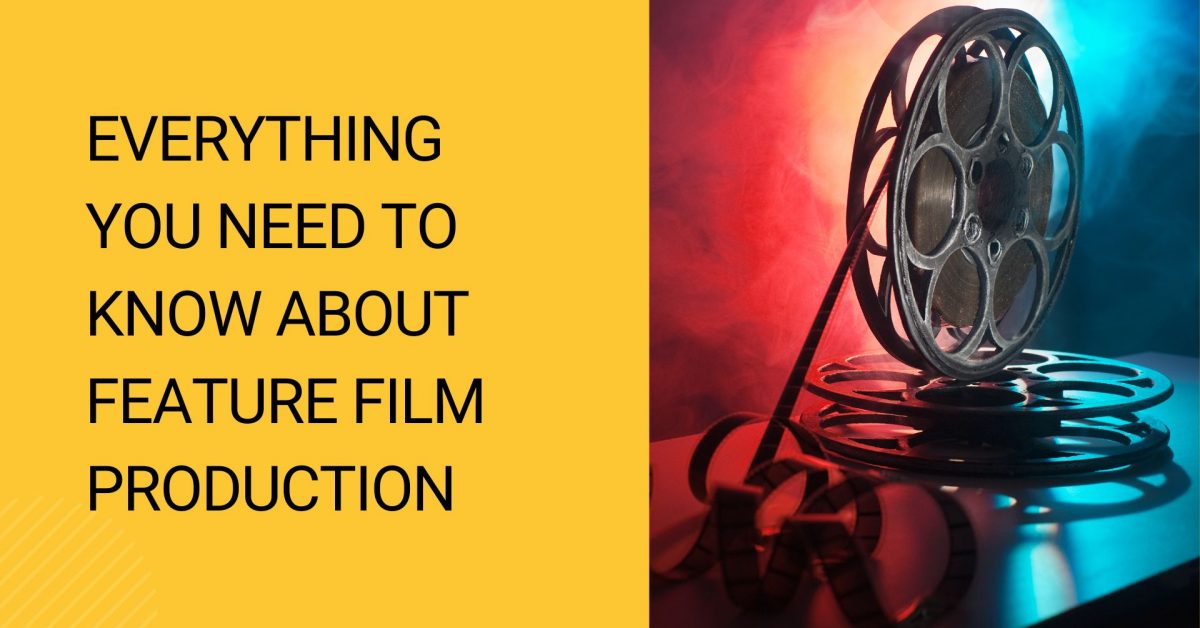 Everything you need to know about feature film production

Producing a feature film is no easy feat – it takes careful planning, a large budget, and months (if not years) of hard work. But if you’re up for the challenge, the rewards can be great. Not only will you get to see your vision come to life on the big screen, but you’ll also have the opportunity to reach a wide audience with your story.

What is a feature film production company and what do they do?

How does the process of making a feature film work?

Making feature films is an incredibly complex process that involves multiple stages and departments. A feature film’s production process typically begins when a script is written, then goes through pre-production, principal photography, post-production, sound mixing and scoring, and finally distribution. Pre-production consists of scouting locations, designing the set, assembling the cast and crew, choreographing any action sequences, and getting all the necessary permits. During principal photography a great deal of preparation from the actors to assist in finding their desired performance continues in addition to lighting and camera setup for each scene. After principal photography post-production picks up which includes editing footage clips to fit the narrative, adding visual effects and music or voiceovers. The feature film’s production process wraps up with sound mixing and scoring sessions before the movie can be distributed to theaters or streaming services such as Netflix or Hulu.

What are the different roles involved in feature film production, and what do they do?

Feature film production involves a large team of professionals in various roles. The Producer oversees the entire project including hiring the cast and crew, managing financials and creating schedules. The Production Manager manages the day-to-day operations on set such as securing locations, scheduling, budgets and logistics. Directors are responsible for working with actors to bring the script to life through scene blocking and directing. Cinematographers create composition, lighting, camera angles and other artistic choices to feature the theme and emotion of each scene. Special Video Effects Artists use digital effects programs to add special effects to film scenes to enhance dramatic impact or alter reality. Editors piece together the shots selected by the director into a finished product using computer editing software while Sound Designers compile sound FXs into a soundtrack that helps tell the story. Every feature film production typically has many roles involved in its creation, each playing an important part in bringing a movie to life.

What are some of the challenges that can arise during production, and how are they overcome?

Producing feature films is no easy task. There are numerous challenges that arise during the production process, from raising funds to meeting tight deadlines and procuring necessary props and technology. It often takes years of hard work and several iterations of the script to find investors eager to fund a movie project. When shooting actually begins, problems on-set such as miscommunication or poor scheduling can cause significant delays in completing the feature.The key to overcoming these challenges is having a team that works well together with clear communication and organization between all members. Furthermore, creating solid agreements between producers, investors, actors, and other contributors ensures that everyone knows their roles so production stays on schedule without issue. By forming strong relationships among all involved in feature film production, teams are better prepared to tackle any rockiness encountered along the way.

How can you get involved in feature film production, and what are some of the benefits to doing so?

Participating in feature film production can be an exciting and fulfilling experience. For those who are not in the entertainment industry, it can provide a unique insight into the complex processes of movie-making, from pre-production to post-production stages. By shadowing the crew or assisting with certain tasks on set, you gain invaluable hands-on experience that can be beneficial to your career in any field. Not only do you stay up-to-date with industry trends and techniques, but also have the pleasure of meeting professionals with varied levels of expertise which can lead to valuable contacts. Finally, as feature films bring new and established talents together, it is an incredibly rewarding feeling being part of such a collaborative process that results in cinematic story-telling.

Making a feature film is no easy task and requires the dedication of many skilled individuals working together towards a common goal. If you’re interested in being involved in production, there are many different ways to do so. BOXmedia offers full-service video production services for those looking to create their own feature films. We have a team of experienced professionals who can help you with every step of the process, from pre-production through post-production. Contact us today to learn more about how we can help you make your dream movie a reality.